* This electric vehicle is a concept
Therefore all the specs for this model are estimates and may change when the production starts.
New from
N/A
Used from
N/A

The Audi e-tron Sportback is a four-door all-electric coupe. It was unveiled at the 2018 Los Angeles Auto Show. It will be based on the same platform as the Porsche Taycan and expected to enter the market in 2020. It is following in the footsteps of the Audi e-tron SUV and the Audi e-tron Sportback slated for 2019.
The performance subsidiary Audi Sport GmbH is responsible for subsequently transforming the car into a volume-production model.


Inspiration drawn from the wind tunnel: design and body

Flat, wide and with a long wheelbase – those are the proportions of a classic Gran Turismo. And the Audi e-tron GT concept reflects these with its 4.96-meter (16.3 ft) length, 1.96-meter (6.4 ft) width and 1.38-meter (4.5 ft) height. The lightweight body of the four-door coupé is manufactured using a multi-material construction. Here you have a roof section made from carbon along with numerous aluminum components and supporting elements made from high- strength steel. The technology for this automobile was developed in close collaboration with Porsche. Design and character are packed full of unmistakable Audi DNA.

Four doors, four seats with 2.90 meters (9.5 ft) wheelbase – in the interior the Audi e-tron GT concept provides a large dose of everyday usability, coupled with a superb quality feel. The functional center of the interior is located at the front left, visibly focused on the driver’s seat. The center console, the large touchscreen in the top section and the line from the door rail and cockpit frame the driver’s workplace, perfectly incorporate the driver ergonomically with the controls and the infotainment of the Audi e-tron GT. The center console and the freestanding instrument cluster seem to float. Light colors in the top section of the cockpit and the gradually darker gradation through to the floor area create the impression of clear width. Sport seats inspired by motor racing in both rows of seats provide optimum lateral support even while cornering at speed.

With two luggage compartments, the Audi e-tron GT concept offers a great many options for a Gran Turismo. Here it makes full use of its concept advantage as an electric automobile with compact drive units. The rear with its large tailgate offers up to 450 liters (15.9 cu ft) of luggage capacity. Under the hood there is an extra 100 liters (3.5 cu ft) of capacity.

Performance and range: the drive

434 kilowatts (590 hp) system power – that is an impressive figure for the potential of the all- electric drive. Separate electric motors are fitted to the front and rear axles. In both cases these are permanently excited synchronous motors.

The range of the concept car will be over 400 kilometers (248.5 mi), determined according to the new WLTP standard. The required drive energy comes from a lithium-ion battery with an energy content of more than 90 kWh, which takes up the entire underfloor area between the front and rear axle with its flat design.


Wired charging is much faster as the four-door coupé is fitted with an 800-volt system. This substantially reduces charging times compared with conventional systems that are currently in use. Thus it takes around 20 minutes to recharge the battery to 80 percent of its capacity, once again providing a WLTP range of more than 320 kilometers (198.8 mi). The e-tron GT concept can, however, also be recharged at charging points with lower voltages, providing the driver with access to the entire charging network. 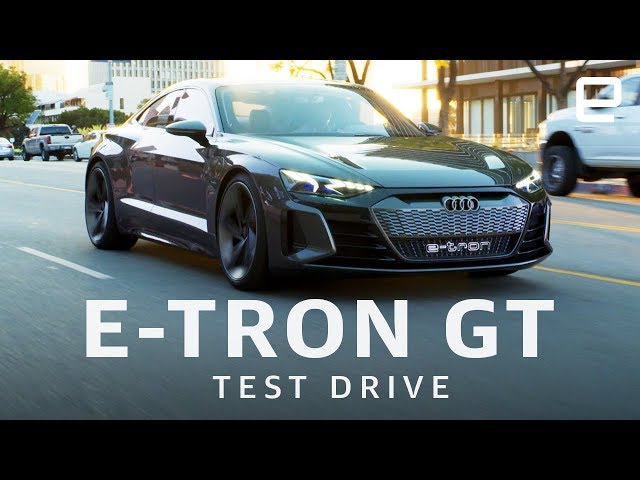 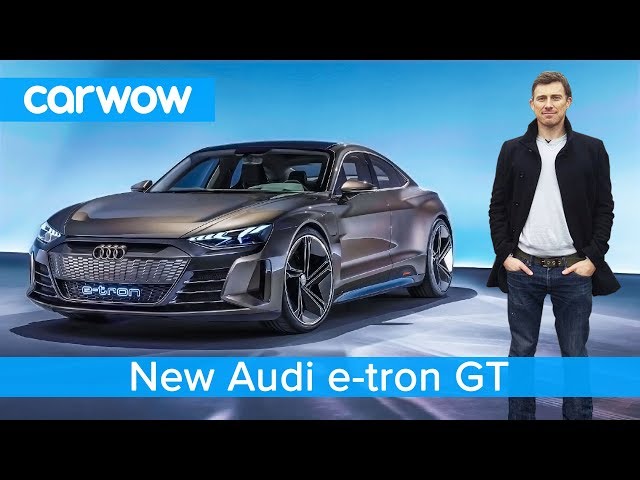 Get a Personal Deal for Audi e-tron GT concept