The BYTON K-Byte RWD is an all-electric and autonomous sedan concept. The new electric sedan was announced after BYTON unveiled their first vehicle BYTON M-Byte (SUV). The K-Byte Concept car will first launch in China, due to the popularity of saloons there, before going on sale elsewhere. Both the new saloon car and previously unveiled SUV will be built on the same platform which will also be joined by a seven-seat MPV later down the line.

Sensor integration for autonomous driving is front and center within the K-Byte Concept’s design aesthetic. With an elegant and slender module on the rooftop, the bow-shaped BYTON LiBow system integrates front and rear lidar sensors to allow for a full-view panoramic scan of the vehicle’s surroundings. BYTON’s retractable LiGuards side lidar system is located below the side-view cameras. The system will deploy in autonomous driving mode to ensure driving safety and retract automatically during parking maneuvers; moreover, these lidars can all be illuminated for a range of specific purposes, such as signaling pedestrians.

BYTON’s designers, without any superfluous decoration, have carefully polished each line, although the innovative C-pillar design takes its inspiration from the buttresses seen in architecture, presenting a graceful curve while delivering aerodynamic performance. The windows and sunroof are expanded to emphasize safety while creating a generous greenhouse enabling drivers and passengers to fully enjoy the outside world. The BYTON K-Byte Concept also has an impressive front face, upgraded BYTON Smart Surfaces deployed on both fascia and tail for a stunning echo effect, and a layout of light strips creating a deep three-dimensional visual while giving an enhanced sense of technology being utilized. Immediately above the Smart Surfaces is an integrated taillight that runs through to the tail and drawing comparisons to the horizon.

The BYTON K-Byte AWD is the top-of-the-range AWD model with the 95kWh battery.
The production is expected to begin in 2021.
It is propelled by two electric motors with a combined practical output of 350kW providing 516lb-ft (700Nm) of torque.
It’s estimated EPA 323-mile range enables you to travel confidently without range-anxiety.
03:53

BYTON. Time to connect with your car, people and the world.BYTON 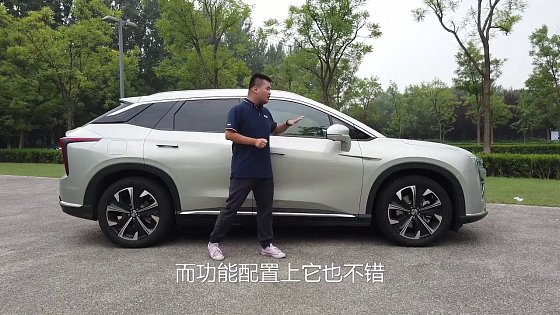