Armrest virtually doesn't exist
No AWD option
How it all began
The story begins in 2015 in Munich, where I've got a quick ride on BMW i3 around BMW Welt. I was pleased by smooth ride and overall quietness. That time there was no electric car that don't look like toaster or pregnant frog, also no electric cars were offering reasonable driving range. The ride was forgotten for a while.
Then my son got a task in school to compare gasoline, electric and fuel cell vehicles. While he was doing the research, I found that owning of electric car is not as expensive as it may look. With high gasoline price in Ontario, cheap electricity and government rebates, the total cost of ownership for gasoline and electric cars were almost the same. That gave me an idea to give it a try.

Right on time
That time the only electric car, that doesn't look ugly, was Hyundai Ioniq. Tesla was way out of my budget, so I was never considered it. Went to a Hyundai dealership, had a look on Ioniq on display. Didn't have a chance for a test drive, as it was a non-drivable demo. I liked it, but I was not brave enough to sign the deal. Also Bluelink is not available in Canada, and I was really want to start heater from the office and drive home in a toasty warm car.
Then 2017 come with announcement from Nissan. They finally face-lift the froggy Leaf and give it an outfit of a regular car. The acceleration looks good on paper, the range is more that I would need. So I went to Nissan dealer to have a look. They didn't have a Leaf for test drive, as the vehicle is in high demand, so single dealer in Ontario has them for test drive. I had a chance to seat in a Leaf, that was ready to be delivered to a customer. It looked Ok inside and out, so I decided to try. Dealer offered me an option to pay $2,000 deposit. When car arrives, take it for a test drive. If I like it, then I pay the remaining amount. If not, they return my deposit, and the next customer in line will buy it in a matter of minutes.
So I swipe the card and the waiting started. While waiting for delivery I read the user manual twice. Normally people don't even look at it, but what else can I do? The wait was long, Nissan doesn't have production capacity to deliver all the orders. While waiting a major change happen - government cancelled electric vehicles rebate. Vehicle has to be delivered by September 10, 2018 to be eligible for $14,000 rebate. It's a big chunk of money and nobody wants to loose them.
Thanks to Nissan, they rerouted their Leafs to Ontario to deliver as much as possible orders before September 10. Lucky me, I've got a phone call at the end of August from dealer, saying that I can come and see my Leaf. I was trading in on e of my BMW X3, the newer and most problematic 2013 35i. I drove it from the office to the dealer like I stole it - Sport+ mode, pedal to metal. This is important, as it give a good comparison of driving dynamics between well-known performance brand and just a regular EV. 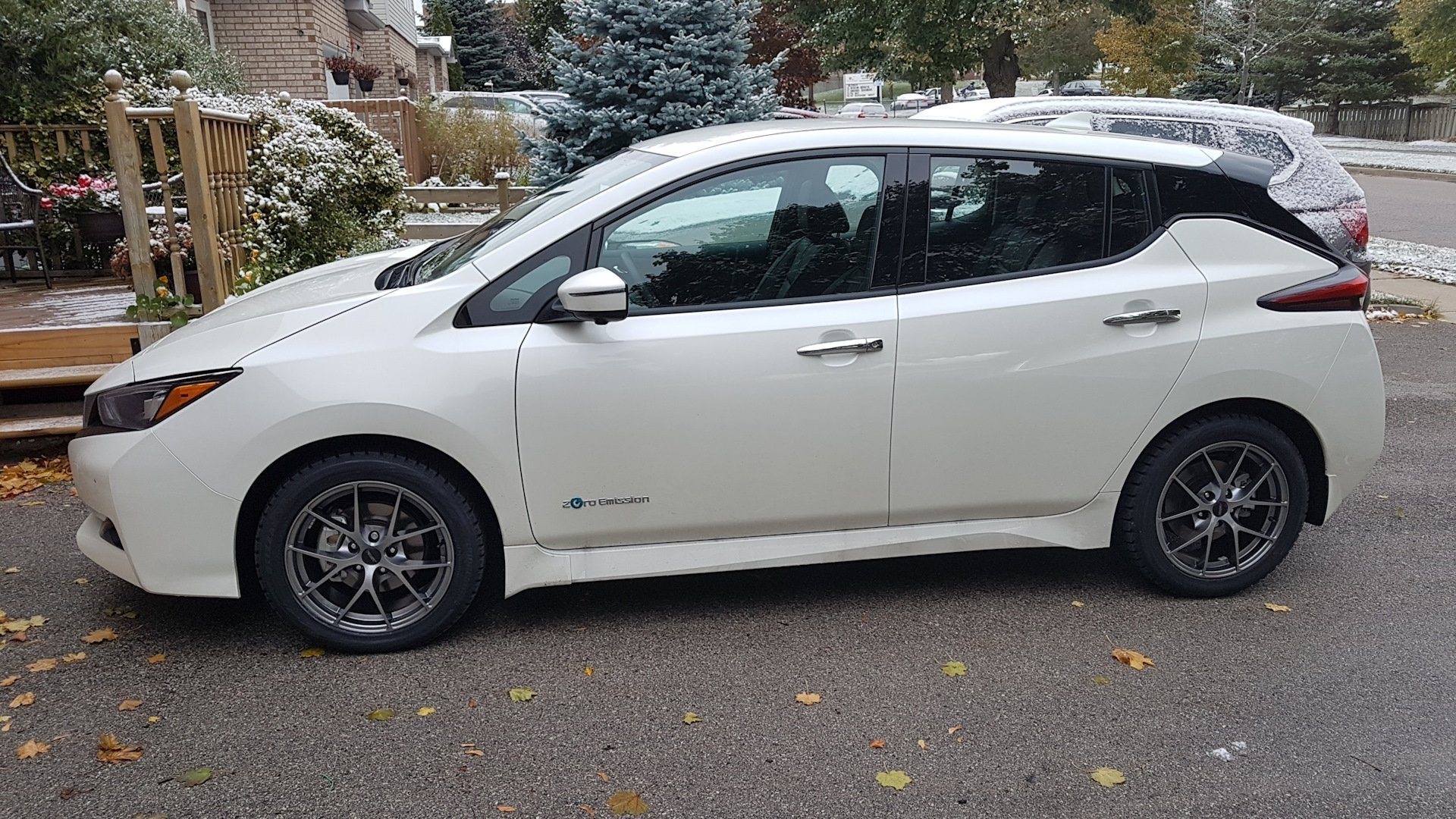 First impression
Came to the dealer, got a key for Leaf and took it on a test drive. I didn't even had to leave the dealer parking lot, I felt everything from the first press to the pedal. It drives! In BMW you press the pedal and it jumps forward. In Leaf it jumps forward WHILE you move the pedal. There is no delay, no hesitation, it just REACTS! I really didn't feel that I lost driving dynamics switching from X3 to Leaf.
The decision was clear - wh ere to sign? Paperwork took a while, and finally I got the white beast with green number plate. Tried e-pedal and love it so much from the first minute, so I never switched it off.

I'm with Leaf for 10 month already. What can I say about it? 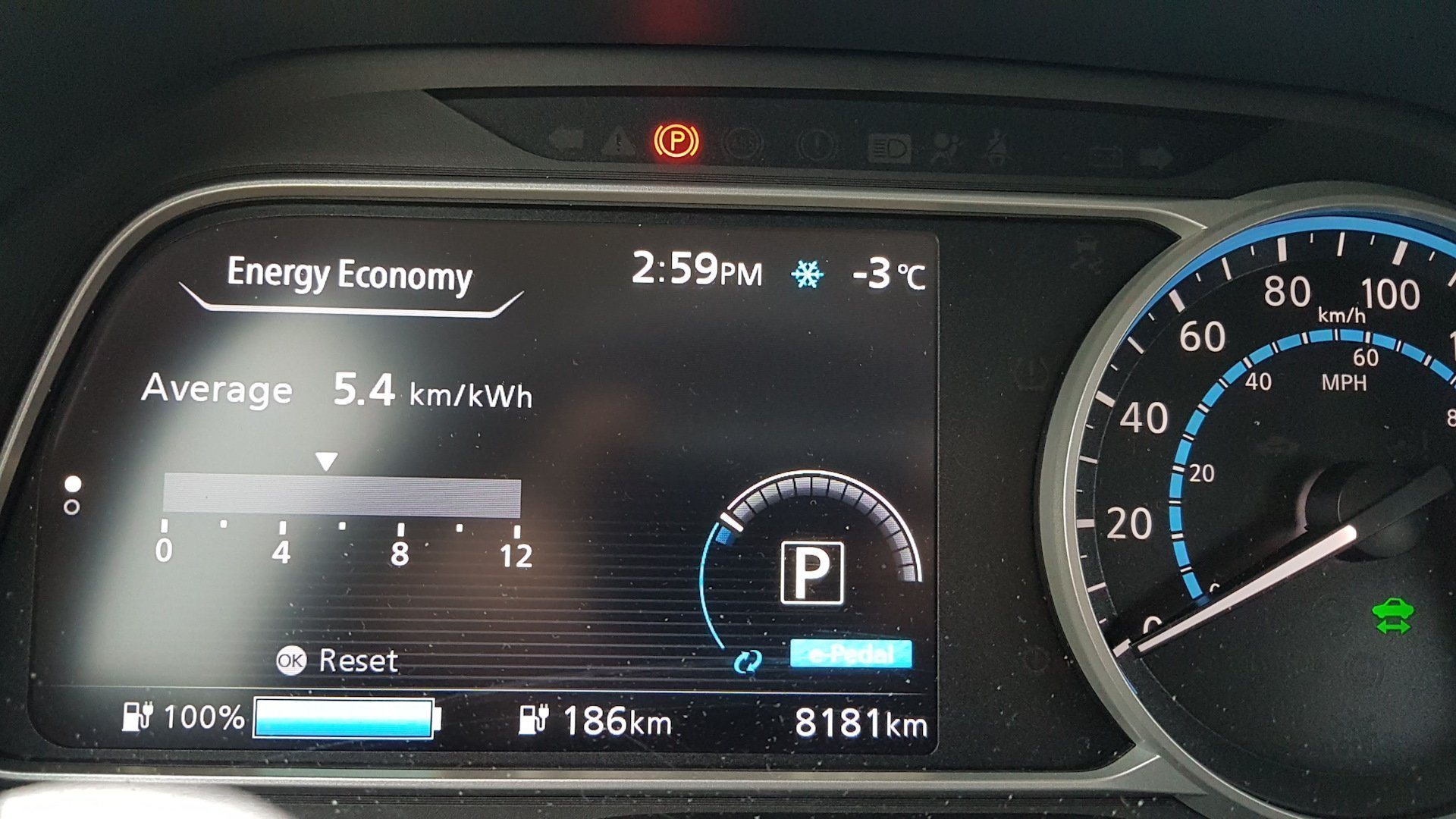 Conclusion
Overall I'm happy that I finally make the decision to buy an EV. After experiencing the Leaf, I would buy buy an EV even without help from government. It's a different feeling from drive. In gasoline car you get an engine roar, in EV you get acceleration instead.
15
Is it your review? Please log in