The Tesla Roadster is an upcoming all-electric battery-powered four-seater sports car made by Tesla, Inc. The Roadster is the successor to Tesla's first production car, which was the 2008 Roadster. Tesla indicates that Roadster sales will begin in 2020.

The base model was expected to sell for US $200,000 but the first 1,000 to be produced, the so-called Founder’s Series, will be priced at $250,000. Full payment would be required to pre-order the latter vehicle.

The second generation Tesla Roadster is a 2+2 roadster with a removable glass roof. The stance is low and wide, with prominent cuts in the lower front bumper, side skirts, and rear end. The proportions move the cabin back, enhancing the front hoodline. Finally, a removable targa top provides for unlimited headroom.

The Roadster has three electric motors, one in front and two at the rear, allowing for all-wheel drive, and torque vectoring during cornering.
What is more, the vehicle is expected to house a 200 kWh battery, twice the capacity of the Tesla Model S P100D, and giving a 621 miles (1000km) range on one charge at highway speeds.

Elon Musk said that Tesla also plans to offer a «SpaceX package», which will include cold air thrusters powered by a system of air pumps and tanks that would take up the space for the backseat. While buyers of this version of the Roadster would lose 2 seats, they would apparently gain some even more impressive performance than what Tesla already announced.
00:33 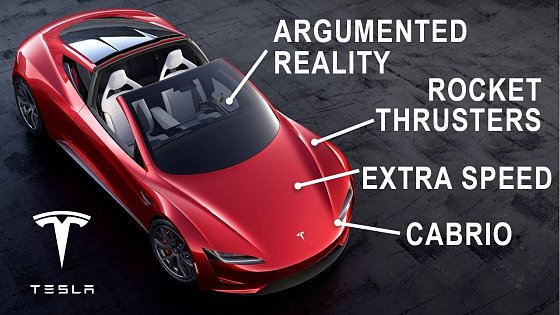 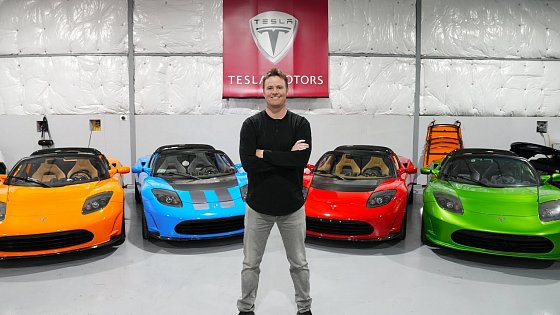 What&#39;s the Tesla Roadster Worth? 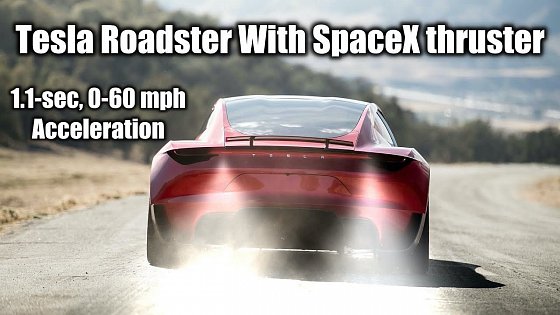