The Volkswagen I.D. Buzz is an all-electric minivan based on the MEB platform, and part of the I.D. series. It was first shown as a prototype at the 2017 North American International Auto Show. A production version of the vehicle based on this prototype will be launched in 2022.

The I.D. Buzz concept sports 275kW (369hp) from electric motors on each axle that also provide all wheel drive and the 111 kWh battery pack in the floor.

Using a VW fast-charge system, it can recharge about 80 percent of its energy capacity in 30 minutes at 150 kW.

The I.D. Buzz concept also offers a preview of the type of autonomous technology that VW will develop for future models – namely its fully automated “I.D. Pilot” mode that could go into production by 2025. From the fold-away steering wheel and pop-up laser scanners in the roof to a heads-up display that integrates augmented reality, the I.D. Buzz does not lack for innovation.

The exterior I.D. Buzz harkens to that first generation. It sports a two-tone V-nose, rectangular windows, a hint of a windshield sunshade, and a gesture at the rear side air vents that characterized the original. 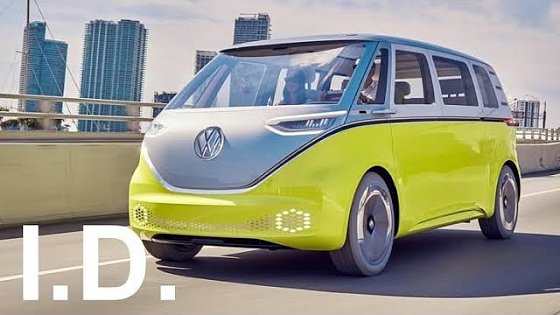 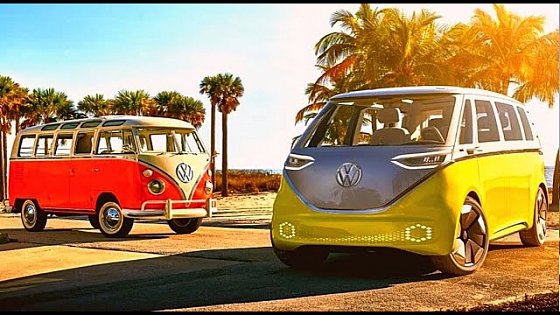 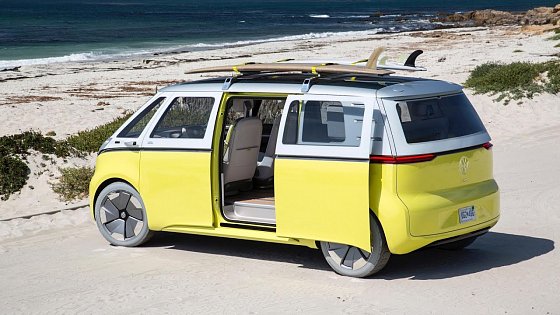